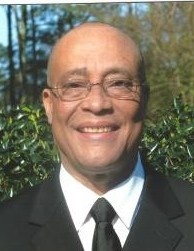 Tyrone Tony Ray Ferguson, 63, of Canton passed away at his residence after an extended illness. A Canton firefighter before his retirement, Tyrone was predeceased by his parents Charlie and Eddie Mae Ferguson.

Tony attended Ralph Bunche School until his eighth-grade year. Due to the desegregation of schools in Cherokee County, he attended North Canton Elementary. After completing elementary school, he attended Cherokee High School, where he enjoyed his student life. Tony was a member of the Cherokee High School's Warrior Marching Band, where he played the tuba. He was a member of a community baseball league and one of his coaches was the Honorable Gene Hobgood.

After graduating from Cherokee High School, he was accepted to attend Reinhardt College; however, two weeks before school was to begin, he decided to enter the Railroad Training School in Atlanta. After his training, he was hired by the railroad in Jacksonville, Florida and later transferred to the railroad in Atlanta, Georgia. After leaving the railroad industry, he applied for a job with the City of Canton. After some roadblocks, he was hired by the City of Canton Fire Department, where he served until he retired. Tony also worked for the CATS Bus System for two years, but due to health issues, he had to stop driving. Tony Ferguson enjoyed all of his work assignments.

Tony and his father, Charlie, saw a need to have a fire station in the community where they lived. They worked with a landowner to secure the land, the Commissioner to obtain some building funds, and the Nineteen/Pearidge Community to raise funds to build the fire station. This was the first Black volunteer station in the state of Georgia, where Tony served as the first Fire Chief at Station Nine.

Tony was married to Donna Veal Ferguson, and to this union was born his beloved daughter, Dr. Brandy Ladonna Ferguson.

Tony later wed his present wife, the love of his life, Jintana Chaikuad of Thatpanom Nakhonphaom, Thailand. They had an adored dog, named Scooter. Tony and Jin traveled to Thailand to visit her family whenever they could.

To know Tony Ferguson was to love him. He never met a stranger, and even in the hospital, the staff embraced him. He loved to inform the other doctors that his daughter was a doctor as well. He was so very proud of Brandy and his nephew, Dr. Marshall Shepherd.

In lieu of flowers, Tyrone has requested that donations be made to the Georgia Firefighters Burn Foundation.

To order memorial trees or send flowers to the family in memory of Tyrone Ferguson, please visit our flower store.