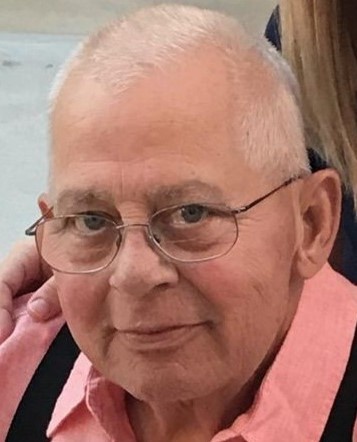 Ted Miller, age 72, of Canton, Georgia, succumbed to acute myeloid leukemia after a courageous 12-year battle with prostate cancer. He passed away peacefully at his home, surrounded by his wife and four of his children on May 28, 2020.
Ted was born June 29, 1947 in Albany, New York to Theodore and Evelyn Miller. He graduated from Vero Beach High School in 1964. As a young man in school, Ted started his own lawn service company. This proved to be a successful business, and he was able to contribute to the family. After many years in corporate America, Ted ventured back into landscaping before retiring in 2012.
Ted’s passion was wood working. He also enjoyed shooting, hunting, fishing, camping, boating, water skiing and spending time outdoors. Most importantly he loved to eat! As he would often say, “There’s always room for a cookie!”
Ted was preceded in death by his father and mother, Theodore and Evelyn Miller. He is survived by his wife of 13 years, Cathy Helen Miller, his three daughters; Margie Marie McFarland, Michele Evelyn Miller, Heather Ann Bagby, one son; Theodore James Miller Jr., and one stepdaughter; Sarah Anne Yarbrough. His children blessed him with ten grandchildren; Lee, Jessica, Kalin, Cameron, Alexis, Lucas, Addison, Tucker, Hazel and Presley. He was blessed again with three great grandchildren; Chace, William and Lily, who lovingly referred to him as Poppy.
Ted is also survived by his sister Judy Willmot and her husband Bill Willmot of Vero Beach, Florida. Ted was a proud uncle to their four children; Tara, William, Reed and Bonnie, who lovingly referred to him as uncle Teddy.
The family would like to extend a special thanks to the doctors and nurses who were a part of Ted’s life for so many years. You were his extended family and he appreciated each of you!
There will be a celebration of life to honor Ted on Saturday, July 4, 2020 from 2:00 to 5:00 p.m. at the Miller residence - 305 Gaddis Road, Canton, GA 30115.
*If you would like to honor his life via donation, please contribute to Children’s Healthcare of Atlanta in his name. He was forever grateful to them for relieving the financial burden and caring for his youngest daughter, Heather. www.give.choa.org

To order memorial trees or send flowers to the family in memory of Theodore Miller, please visit our flower store.