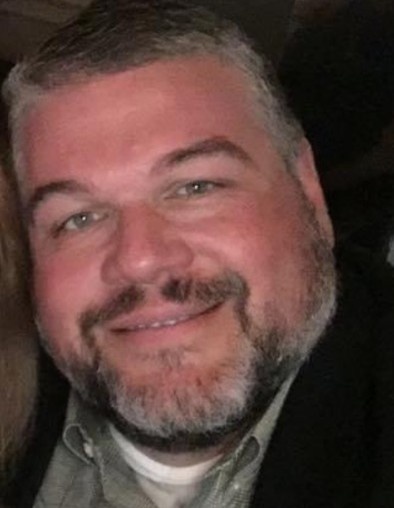 Stephen Gregory Kallock “Steve” was born June 2, 1971, in Milford, Delaware.  He was the middle child with one older brother, Chris and a younger sister, Amy.  Steve loved living in Delaware and as a young child he had a love for sports, music and going crabbing for his mother so she could make a delicious meal for them.

The family soon moved to Brookfield, Connecticut. Steve’s father Jerry, worked for DuPont and Steve’s mother, Jan, was a homemaker.  Steve played baseball, basketball, and football.   His true passion was football. Steve grew strong and tall and became the gentle giant as he was often referred to.  He played on the offensive line and was incredibly gifted at football.  He also had a passion for snow skiing.  He would joke and say he was the fastest big man on a pair of skis.

After his 9th grade year at Brookfield High School, Steve’s family moved to Roswell, Georgia.  Before he started 10th grade, in the summer, he decided to join the football team at Crestwood High School in Dunwoody, Georgia.  He would often say that people liked football in the North, but when he came to the South, he realized that football was a religion.

Steve met many friends in High School, in Connecticut and in Georgia and they are all so close to this day.  Steve often says his senior year of High School was one of his best years.  They were undefeated in football.

Steve was everyone’s friend, the kind of guy that you want to be around. He was a special guy and a true man’s man.   He had a sense of humor and was always making everyone laugh.

After Steve graduated High School in 1989, he decided he wanted to go the University of Alabama.  He packed up his beloved Ford Mustang and headed to Tuscaloosa.

Steve became probably the biggest Alabama football fan anyone has ever seen.  He joined the Pi Kappa Phi Fraternity and somehow got the nickname “Keg”.  When he would answer the phone and someone would say Keg loudly, I knew it was someone from college.

He treasured his time in Alabama.  He eventually came back to Georgia and graduated with a B.S. in Criminal Justice from Georgia State University.

Steve met his wife, Christine, on a blind date.  He always said it was love at first sight.  They dated for 2 years and married May 1, 2004.  They lived in Alpharetta, Georgia for 1 year and then moved to Canton, Georgia. They had a wonderful life together with trips to Mexico, US Virgin Islands, British Virgin Islands and Italy and many other places. They quickly rescued a dog named “Bama” of course.  After her passing, they eventually rescued Moses.

Steve worked for AFLAC for 15 years and eventually received his Real Estate license and worked for Fischer Homes at the time of his passing.

Steve was a loving husband, son, brother, uncle, and friend.  There are no words to describe his impact on so many people.  He was a quiet, gentle soul and always ready to make you laugh. He will be missed by so many. Rest In Peace Big Guy!! We love you!

A private family graveside service is planned for Tuesday August 17 at Macedonia Memorial Park at 11:00am.

On Saturday September 25, 2021 please join Christine , family and friends in an  Alabama Crimson Tide themed  celebration of Steve's Life. The event is casual so please come as we honor Steve and his love of family, friends and Alabama football. The event will be held at Woodmont Golf and Country Club from 3:00-7:00pm

Canton Funeral Home is honored to serve the family of Stephen Kallock.

To order memorial trees or send flowers to the family in memory of Stephen Kallock, please visit our flower store.