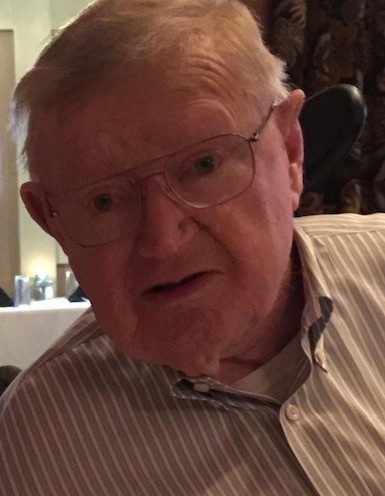 Roger F. Woodruff 87, of canton passed away peacefully at his home on Friday January 14, 2022.

Born in Newark New Jersey, Roger married the love of his life Virginia Krahnke in 1960 who survives him today. He was preceded in death by his parents Frank and Ruth Woodruff. In addition to his wife, he is survived by two sons Steven(Lisa) and Mark Woodruff, a sister Nancy Blum and four grandchildren Tyler, Alex, Chandler, and Austin Woodruff.

An accountant by education Roger was also trained as an engineer and  led as CEO, the consulting firm Smally, Wellford, and Nalven prior to his retirement, and previously had served in the US Army for which he was very proud.

A memorial  service for Roger is scheduled for Friday January 28, 2022 in the Chapel of canton Funeral Home at 2:00pm.

In lieu of flowers the family is requesting that Donations be made to Georgia Mountains Hospice in Roger's name. https://www.georgiamountainshospice.org/

Canton Funeral Home is honored to serve the family of Roger Woodruff.

To order memorial trees or send flowers to the family in memory of Roger Woodruff, please visit our flower store.