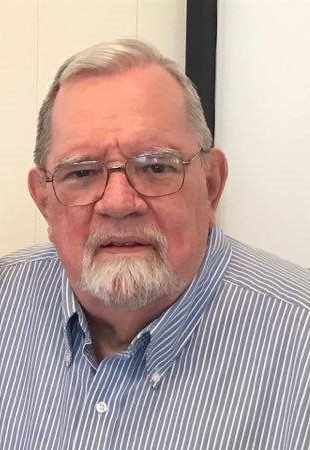 
Robert A. Minnig, 77, passed away on May 12, 2020 in Canton Georgia.
A graveside service will be held at 11:00am on Friday, May 15, 2020 at Canton Funeral Home & Cemetery at Macedonia Memorial Park with the Rev. Ray Bobo of Cherokee Presbyterian Church officiating.  Arrangements are by Canton Funeral Home & Cemetery.
Robert Minnig was born in Lancaster, PA on June 23, 1942 and raised by a godly Christian couple, Allen and Elsie Minnig, who adopted him in his infancy. He was led to faith in Christ by his dear adoptive father. He went to Berean Bible School in Allentown where he met his beloved wife Carole. They were married on August 23, 1964, after which they moved south to Covenant College on Lookout Mountain, Georgia where Robert graduated with a B. A. in 1966.  He graduated from Westminster Theological Seminary in Philadelphia with a Bachelor of Divinity degree in 1969, and then earned a Masters of Theology degree from Princeton Theological Seminary in 1971. He served in the Bible Fellowship Church as a pastor in Staten Island NY, Freehold NJ, Stroudsburg PA and Philadelphia PA. He also taught New Testament Greek at Pinebrook Jr. College in Stroudsburg PA. He was received into the OPC Presbytery of the South in November of 1978 and served as pastor in OPC congregations in Miami FL, Vineland NJ, and Philadelphia PA. He was the stated supply pastor in Pottstown, PA when he retired in 2001 for health reasons.
Robert Minnig is survived by his wife Carole Minnig; his three sons Ashley and wife Gayle Minnig, Allan and wife Tara Minnig, Andrew and wife Connie Minnig; his brother Darryl Minnig; his grandchildren Brandon Minnig, Chelsey Minnig, Brittany Minnig, Rico Nix, Shelby Minnig, Anthony Devore, Deja Devore, Ashley King; his great grandchildren Jaxxson Brenwald, Delanie Lou Brenwald, Jamison Brenwald, Addison Devore, Melody Hartman, Tytus King.
The family of Robert Minnig would like to thank those who provided care and support for him during his time of need

To order memorial trees or send flowers to the family in memory of Robert Minnig, please visit our flower store.