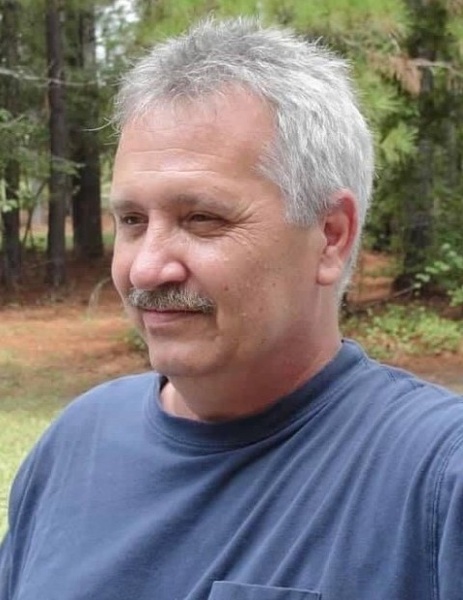 On Wednesday, May 05, 2021, Nicholas Vance Harden, loving husband, father of three and grandfather of five, went to join our Heavenly Father.

Nick was born on March 10, 1961 in Macon, Georgia to Ronald and Betty Harden.

In addition to his parents, he is preceded in death by his father-in-law Charles E Looney and stepfather-in-law, Richard Lamb.

Nick grew up in Macon and then later moved to Dublin on the family land but resided in Canton, Georgia in his latter years.  Nick was an easygoing soul who made friends everywhere he went.  Nick was an avid reader and bonded with his daughter, Hannah, over The Hunger Games book series.  Nick was proud that his son Wesley was following in his aviation footsteps in Savannah.  He was honored that his oldest son Jason and family resides on the family land in Dublin, Georgia. One of his favorite dishes was the sausage bread that Jason prepared for him. He was a collector of sorts such and enjoyed hunting for unusual bottle openers and arrow heads. Nick would spend many weekends grilling on his Green Egg. His greatest enjoyment in life was spending quality time with the grandchildren.

Nick was a talented craftsmen and re-upholstered furniture for many of the residence in the Dublin community.   One of his proudest achievements was working in the Fabric Trim Shop for the C130 Hercules at Lockheed Martin Corporation.

In lieu of flowers, please feel free to contribute to Berts Big Adventure, which is a nonprofit organization that provides a magical, all-expenses paid journey to Walt Disney World for children with chronic and terminal illnesses and their family.

Or for more information – email mollyp@bertsbigadventure.org

The Memorial Service to celebrate Nick’s life will be held:

A gathering of family and friends after the service will be held at Jason Harden 330 Hillbridge Road Dublin, Georgia 31021

A gathering of family and friends after the service will be held at the Harden Home 202 Toonigh Way Canton, Georgia 30115

Canton Funeral Home honored to be serving the family of Nicholas Harden.

To order memorial trees or send flowers to the family in memory of Nicholas Harden, please visit our flower store.