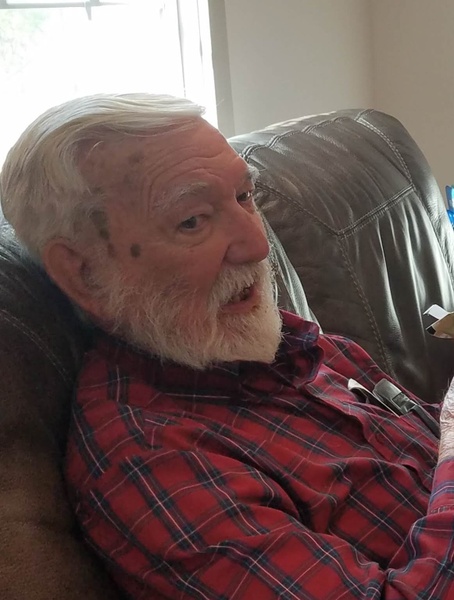 Hand delivered by a local florist

Marvin “Jack “ McClure , son of  Alfred Milton McClure and Lillie Belle Hembree McClure, was born August 3, 1931 in Woodstock, Georgia.     He was preceded in death by his first wife Betty.  Jack and Betty had two surviving children Debra (McClure) Collins and Michael McClure.    Jack is survived by his second wife Annette B. McClure.  He is also survived by 4 of Annette’s sons and their spouses,  Bart and Dianne Youngblood,  Joey and Amy Youngblood, Terry and Bambi Youngblood, and Billy and Wendy Youngblood.  He was “Pappa Jack” to 10 grandchildren, and 11 great grandchildren.

Jack graduated from Acworth High School in 1943.  He served as a Sergeant in the United States Air Force.  He first retired from the City of Atlanta and continued to work after retirement at Morgan’s Hardware and Home Depot.   He served as a Deacon at Carmel Baptist Church.  Jack loved fishing and coin collecting.   “Pappa Jack” will be dearly missed.   Friends and family are asked to honor him in a graveside service Wednesday June 15, 2022  10:00 a.m.  at Macedonia Memorial Park Cemetery.
To order memorial trees or send flowers to the family in memory of Marvin Jack McClure, please visit our flower store.