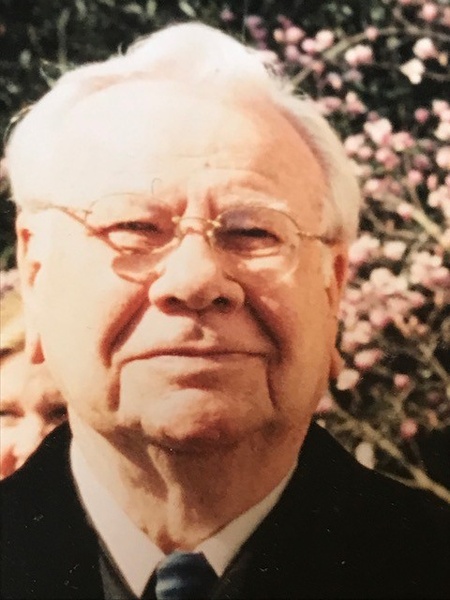 Reverend Lauren Stanley Hartman, of Canton, passed away Tuesday, September 4, 2018 at the age of 94 at Hidden Lake Assisted Living Home.

A funeral service is scheduled for Saturday, September 8, 2018 at 11 am at Cherokee Presbyterian Church in Canton, Ga.  After the funeral a graveside will be held at Macedonia Memorial cemetery.  Interment will follow at Macedonia Memorial Park.  The family will receive friends at the church on Saturday from 10:00 am to 11:00 am.  In lieu of flowers the family has asked for donation to be made to the PCA Ministerial Relief Fund at PCARBI.org.

Rev. Hartman was born February 25, 1924 in Memphis, Tn, to the late Royal Lauren Hartman and Martha Stanley Hartman.  He was a veteran of the United States Army and served during World War II.  Rev. Hartman was a pastor for 55 years with his last church at Trinity Presbyterian "PCA" in Montgomery, Alabama.  In addition to his parents he is preceded in death by his son David Stanley Hartman.

Canton Funeral Home and Cemetery at Macedonia Memorial Park  is in charge of the arrangements.

To order memorial trees or send flowers to the family in memory of Lauren Stanley Hartman, please visit our flower store.