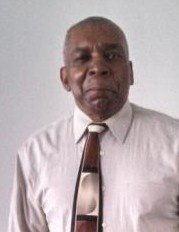 Mr. Junius Henry Johnson Jr. age 69 passed away on August 24, 2019 at Northside Cherokee Hospital in Canton Georgia.  Originally from New Orleans, Louisiana where he lived until this past year.  Mr. Johnson relocated to Canton Ga. to be with his daughters.  He is predeceased by his parents Henry (Junius)  and Lillie Joseph Johnson and sister Joyce Lawrence also from New Orleans.  He is survived by his son Patrick, wife Melody and two daughters Erica Wigfall, husband Winston and Tish Allen-Deemer, husband Troy, one brother Maurice Johnson and sister Mary Johnson  Pettis.  Mr. Johnson was the proud grandfather to Jaleel and Maddox Deemer and Courtney Wigfall and several nieces and nephews who loved him dearly.

A memorial service will be held on Saturday September 7 at 11:00 at:

Canton Funeral Home is honored to be serving the Johnson family.

To order memorial trees or send flowers to the family in memory of Junius Johnson, please visit our flower store.