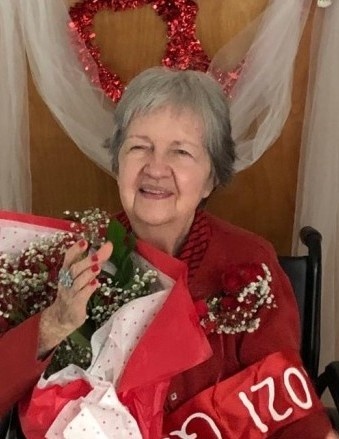 Janet Mixson Templeton 82, of Canton passed away on January 21, 2022. Janet was married to Charles Templeton for 56 years after meeting while both worked at Delta Airlines.

Originally from Greenville SC she graduated from Decatur High School and later Wesleyan college in Macon  She was preceded in death by her parents  Dewitt and Mary Ellen Mixson and a daughter Hayden.

She is survived by her husband Charlie and daughter Kristen Wilson and three grandchildren Tyler, Andy, and Shelby.

A private family funeral services will be held and a public celebration of life will occur at a later date.

In lieu of flowers the family is requesting that donations be made to the Navy Marine Relief Fund or the charity of your choice.

Canton Funeral Home is honored to serve the Templeton family.

To order memorial trees or send flowers to the family in memory of Janet Templeton, please visit our flower store.