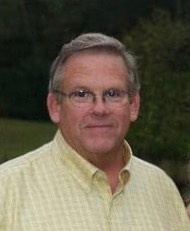 Much of his childhood included time in the yard with horses, dogs and cows while

playing with his sister and cousins. He graduated from Sequoyah High School in 1968.

In 1972, Tom married his wife Cheryl and they moved to Alpharetta where they raised their four

County Schools where he retired with the maintenance & mechanics department in 2015.

He loved his four children dearly and treated his son and daughter in laws like his own, but his

five grandchildren were truly his pride and joy! He attended almost every event his

grandchildren were a part of – always on the front row or with the best seat in the house. And he

could somehow always see better than the umpire or referee! He loved his regular Saturday

homemade and loved his farm animals too, especially when they made a great steak:).

He was a faithful husband, an amazing father, an incredible grandfather, a great brother, a

dearly loved son-in-law, a loving uncle, a hard worker, and a loyal friend, but most importantly

he was a child of God. He loved Jesus, He was his savior.

His father & mother-in-law, Carl & Louise Lovett. Along with many cousins and extended family.

He will be deeply missed by those that love him and all those that called him a friend.

A celebration of life will take place at a later time.

To order memorial trees or send flowers to the family in memory of James Brown, please visit our flower store.