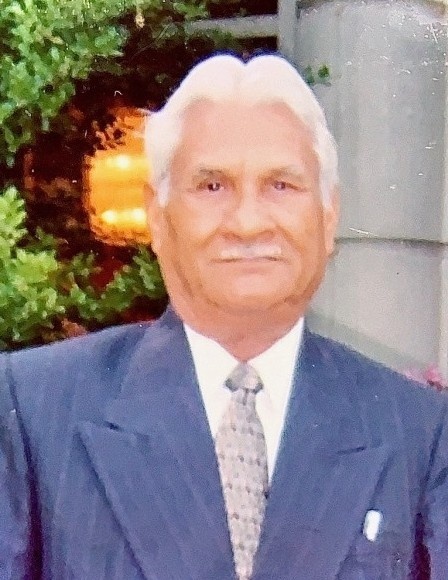 Pastor E.G. Mathews was born in Chakwal, in Hoshiarpur District of Punjab to Rehmat Masih and Fazal Bibi on April 5, 1927. He went to school at Roorkee SDA High School in Uttarkhand, where he completed his evangelistic training. He married Barkat Bibi Khan on December 18, 1950 in Jalandhar, Punjab. He was ordained as a pastor in 1967 and ministered for the Seventh-day Advenstist Church for 41 years.

Pastor E.G. Mathews is preceded in death by his wife, Barkat Bibi Khan and is survived by his four daughters and two sons, along with their spouses, children, and grandchildren.

The Mathews family wishes to extend our sincere thanks to Northside Hospital Forsyth staff, Pastor Rusty Williams, and Canton Funeral Home and Cemetery.

To order memorial trees or send flowers to the family in memory of Eric Mathews, please visit our flower store.