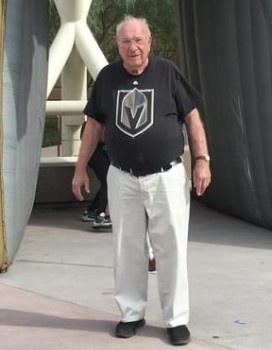 Denton T. Kornburger was a loving husband, father, grandfather, and great-grandfather.  He passed away in the city that had his heart, Las Vegas, Clark County, Nevada, on December 1, 2021.

Denton was born in Milwaukee, Wisconsin on December 27, 1941 to Milton and Antoinette Kornburger.  He was also raised by his step father, Leo Remondini, and mother, after Milton and Antionette divorced.  His siblings and step-siblings included: Nancy Skiba, Tommy, Wayne, Corliss, Leo Jr., and Vaughn Remondini.

Denton achieved his bachelors of science in biology at Northland College in Ashland, Wisconsin.  He achieved his masters in geology and chemistry at Michigan State.  He also received his specialist degree from Southern Illinois college.

Denton married Susan Anderson in Ashland, Wisconsin on September 14, 1963.  They were happily married for 58 years.

Denton worked for the US Social Security Administration in Chicago, Illinois.  He then began a long career in high school science education at Northbrook High in Northbrook, Illinois.  He also taught at South Miami High in Miami, Florida; Charlotte High in Punta Gorda, Florida; and Von Tobel Middle School in Las Vegas, Nevada.

Throughout his life, Denton loved coaching and being a referee for many sports, including baseball, softball, and basketball.  Denton loved to fish and loved to watch Gonzaga basketball, Green Bay Packers football, and the Las Vegas Golden Knights hockey.

Denton loved to take advantage of everything Las Vegas had to offer, including casinos, food, and shows.

Funeral services are planned for Saturday December 11, 2021 at 12:00 noon preceded by a visitation from11:00am until the funeral hour all at Canton Funeral Home. Interment will follow at Macedonia Memorial Park.

Canton Funeral Home is honored to serve the family of Denton Kornburger.

To order memorial trees or send flowers to the family in memory of Denton Kornburger, please visit our flower store.