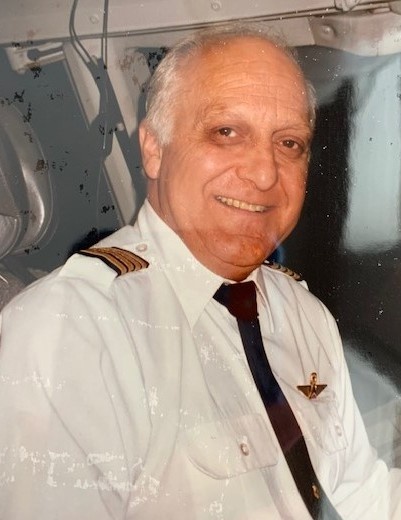 In 1958, he joined the U.S. Air Force and was accepted into Pilot Training and upon graduation, became a Fighter Pilot.  David was hired by Delta Air Lines in 1963 to start their Pilot Training Program.  He retired in 1995 as an International Captain.

He met Sandra Eskridge on a flight and they married on March 4, 1973 and had two daughters.  He was preceded in death by four sisters, one brother and grandson, Ian Ralston.                  David is survived by his wife Sandy, daughters Stephanie Taylor and Elizabeth Reagan (Sean).  Also surviving are grandchildren Heidi Reagan, Chloe Reagan, Colette Taylor, Hunter Taylor and Maggie Reagan.

The family would like to thank Amedisys Hospice for their wonderful care.

A  private family service is being held at the National Cemetery in Canton.

Donations in David’s memory may be made to CURE, Children’s Cancer Research at Emory.

To order memorial trees or send flowers to the family in memory of David Ralston, please visit our flower store.