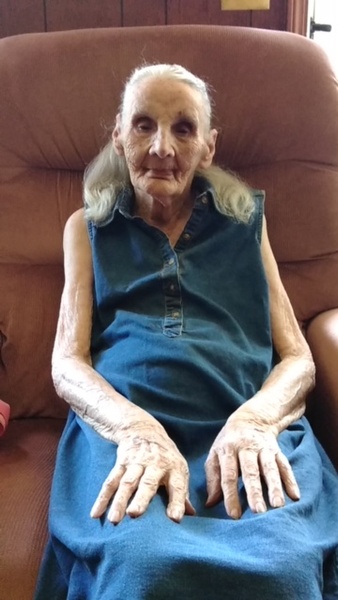 Claudia Garner, age 91 passed away on Wednesday, September 5, 2018. Claudia was preceded in death by her husband Clifford Garner, her parents William Claude Adams and Julie Ingram Adams, a brother Thomas Adams, and a sister Faye Adams.  She was also preceded in death by two children, Tommy Garner and Judy Shirley and a grand child, Jason McMillan.  She is survived by six children, David Garner, Tracy Garner (Lillie), Jerry Garner, Gene Garner, Betty Garner Bailey and Geneva Shirley and a special friend Lillie Patton.  She had 12 grandchildren and numerous great and great-great grandchildren.

The family will receive friends on Saturday, September 8th in the chapel of Canton Funeral Home from 1 pm until 3 pm with a service to follow at 3 pm.

Canton Funeral Home is in charge of arrangements for Claudia Garner.

To order memorial trees or send flowers to the family in memory of Claudia Garner, please visit our flower store.