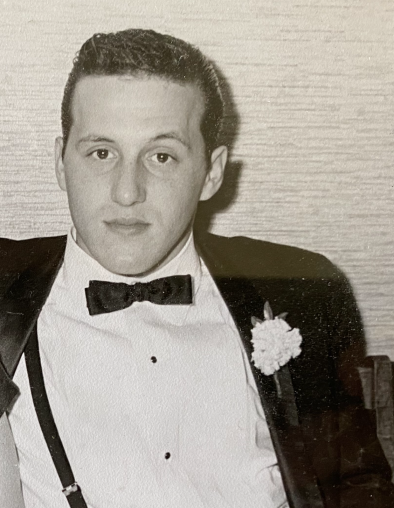 Anthony is survived by his wife of sixty years Sharon, his children Jeff (Debra), John, Gin, Tony (Lisa), and Shari (Richard) as well as 12 Grandchildren, and seven Great-Grandchildren.

Anthony was born on October 1, 1941 in Chicago, Illinois to his parents Ralph and Helen Argento. He was the brother to two sisters Rose and Helen. He graduated from Elgin High School in 1960 and went on to attend DeVry Institute. He was married to Sharon on April 22, 1961.

Anthony was a devoted father and husband. He moved the family to the Atlanta area in 1976. He was a supervising manager at Hunt Wesson and then worked as a supervisor at Dempster until he retired. He was also a farmer in Toccoa, GA raising chickens and cows.

Anthony’s faith was a vitally important aspect of his life. He was raised and lived his life as a devout Catholic and brought his family up in the Church. Anthony passed as a member of St. Michael the Archangel Church in Woodstock, GA and his patron saint was St. Raphael the Archangel. He also had a strong devotion to St. Therese of Lisieux. He will be dearly missed by his loved ones who hope to be reunited with him one day in Heaven.

A visitation wil occur from 5:00pm to 7:00pm on Friday June 25, 2021 at Canton Funeral Home. A Funeral Mass will be held Saturday June 26, 2021 beginning at 1:00pm at St. Michael the Archangel Catholic Church in Woodstock. Following the Mass, interment will take place at Macedonia Memorial Park Cemetery.

Canton Funeral Home is honored to be serving the family of Anthony Argento.

To order memorial trees or send flowers to the family in memory of Anthony Argento, please visit our flower store.